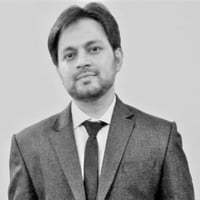 As a part of Planning Analytics for Excel version 2.0.42 release on 13th May 2019, the PAX has gone PMHub-less, meaning it no longer requires Performance Management Hub, also known as PMHub. So what does that mean for you? But before that let’s first understand what roles does PMHub play in IBM Planning Analytics architecture framework.

What is Performance Management Hub?

The subset editor, exploration views, however, are shared components between PAW and PAX that runs through PAW that uses OData compliant Rest API, as a result execution of any request that relates to it directly communicates with TM1 Server.

So to go back to initial question, why go Hub-less? To that I say why not(?) since it provides key performance benefits for server based formula processing and a simpler architecture(one less factor to consider for troubleshooting performance and other issues), it is definitely one of the most significant step ahead from IBM to make key improvements on the server side architecture.

To know the applicability criteria for leveraging PAX without PBHub and boost the report performance, go through the technote link from IBM, below:

Note: A known issue has recently been identified when using PM-Hubless on PA version 2.0.7 wherein the files appears to be missing after publishing from PAX to TM1 Application Server(see the technote below). While IBM finds a resolution for the issue, caution must be taken until then when publishing new files using PAX.

Amin is a certified IBM Cognos TM1 solutions expert with over 7 years of experience in Solution Design and Professional Consulting services in a financial services industry across multiple domains. He has a proven track record of successfully leading multiple and timely delivery of onshore as well as offshore engagements in fast paced and highly complex business models, using IBM Cognos Stack.