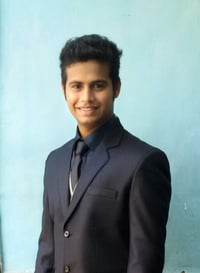 Many Developers like to stay away from the topic call Feeders in TM1 / Planning Analytics world but on the other side we cannot avoid Feeders as it plays the most crucial role while Modelling the data flow.
Sometimes, dealing with Feeders may result in 2 major issues:
1. Over Feeding
- Performance issue.
- RAM consumption.
2. Under Feeding
- Totalling issue
To avoid this there is a small concept called Feeder-Less Feeding where we can avoid writing Feeders and Feeder related issues.

About:
Feeder-Less Feeding is a Concept of Modelling the data in such a way where you write a Rule in TM1 Rule file but you don’t need to write feeders for it, still using ‘Skipchecks’ (By having the sparse consolidation algorithm on).

Example:
To show the concept of feeder-less feeding we will proceed with an example where we are computing Travel Cost with Headcount and Rate.

Here we can say Headcount is the Driver of Travel Cost and if we want to feed, we would have fed the Travel Cost with Headcount.

So, element Travel Cost and Driver: Headcount should be in same dimension and Driver should be the child of its Rule Driven element as below,

The Rule element should be the Parent (Consolidation) of its Driver to get fed automatically.

Now we have inputted some filled values in the Headcount and Travel Rate.

Here we have kept the Rates in the Same Cube to keep it simple.
You can have the Rates from the same Cube as well as from another Rate Cube depends on your way of Modelling.

The simple Cube Rule we can have for current formula and the resulted Value as below.

Here we have achieved the Goal of expected Rule values in the desired cells and there is no need of feeders right now.
We can see ‘Suppress Zeroes’ is active in the screenshot and thus the system is considering calculated values based on the Headcount input.
Hence, no need for Feeders.

But because of this Consolidation level Rule, the Rule got applied to Quarters and Full Year in the Month Dimension which miscalculates.
So, to correct this miscalculation we updated the Rule as below.

In the above rule, we have skipped the Calculation to correct the totalling’s on Quarters and Full Year.

By doing such things we have achieved the following points.

Note:
This Concept can be applied to the limited business scenarios as it may lead to modelling the Data without Industry Standards.

Kunal is a IBM Planning Analytics (TM1) Developer at Octane Software Solutions. A Business Analyst and MBA in Finance, he's passionate about helping industries develop their business insights and process management. Kunal is a Young Turk at heart, Creative and Passionate.